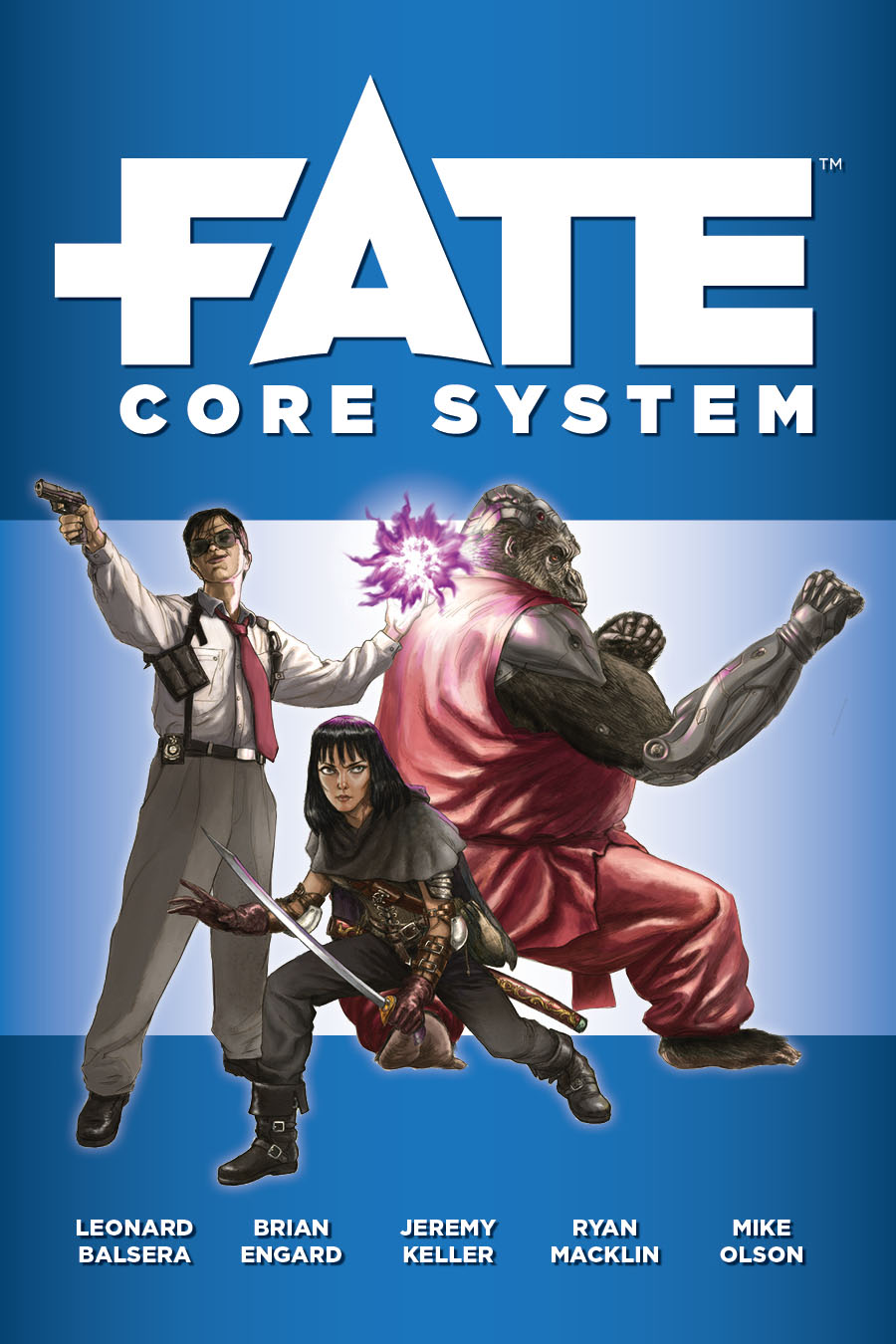 In addition to the background piece, and the story piece, there is a game mechanics piece where my jolly band of misfits and I resolve conflict and determine how chance interacts with the efforts of our protagonists. In the “tabletop role-playing game” context, I’m talking about the the game part.

We tried a few different systems before settling where we did. We looked at Slipstream, for the Savage Worlds system. We looked at Equinox / Match System. We actually tried out Rocket Age for a few sessions, but found there was a disconnect between the pulp excellence of the setting, and how effective the starting characters could be,

Which is where Fate Core (by Evil Hat Productions) comes in. Fate Core is definitely a lot more collaborative than the traditional RPG (as the gamemaster I have a plurality of discretion in the game, but not a majority), which was an is a pretty big adjustment for everyone involved. It’s also relatively setting agnostic, which means there are quite a few things tagged as “Extras” that pretty integral to *our* setting that we are left to work out the details ourselves (for better or worse, there are pretty frequent rules implementations that change how things work), such as technology, equipment, magic, wealth, and spaceships. As I said, some of the central set dressing of science-fiction.

But there is a sentence in the “What Makes a Good Fate Game” that a) really sold me on trying the system, and b) turns out to be practically true in a way that enables success to build upon itself. Specifically, “Whether you’re talking about fantasy, science fiction, superheroes, or gritty cop shows, Fate works best when you use it to tell stories about people who are proactive, competent, and dramatic.”

And that’s the state we aspire to.

One thought on “Fate Core”